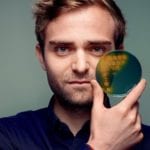 Dr. Duportet is a genome architect and science entrepreneur. He cofounded Eligo Bioscience in 2014 during the last year of his Ph.D. in synthetic biology, a joint program between the Massachusetts Institute of Technology (MIT) and the French research institute Inria. He has raised $26 million since then from international investors to develop a new generation of ultraprecise biotherapeutics based on the delivery of CRISPR/Cas gene-editing systems to the microbiome. Eligo was recently selected as a Technology Pioneer by the World Economic Forum (WEF), while Dr. Duportet has won a number of international awards and recognitions, including French Innovator of the Year from the MIT Technology Review (MIT TR), the MIT TR35 award, the Forbes 30 Under 30 list, Young Global Leader from the WEF, and France Biotech’s Rising Star award. He is also the founder and president of Hello Tomorrow, a global nonprofit that identifies and supports promising early-stage entrepreneurs who are transforming disruptive scientific technologies into products or services to solve societal and industrial challenges. Since 2014, the 25 finalists of its yearly startup competition have already raised more than €350 million. Dr. Duportet also launched Deeptech Founders in 2019, a European-wide training program for entrepreneur–scientists to help them to refine their spinoff startup concepts. In less than a year, 10 startups have already been created and have raised more than €12 million.

Using Phages for Gene Therapy of the Microbiome 12:20 pm

We use cookies to ensure that we give you the best experience on our website. If you continue to use this site we will assume that you are happy with it.Ok